"The first child born on Crow Prairie was Hiram, son of Mr. and Mrs. Loton FRISBEE, July 25, 1836, and about the same time but shortly after, one was born to Mr. KELLOGG."

Extracted from Records of the Olden Time, authored by Spencer Ellsworth, 1880

Kendall E. Rich was born in Warwick, MA, in 1824. At age 23, he fought in the Mexican-Amerian War in Co. K, 1st Reg., U. S. Dragoons. At 26, he completed his medical degree at the Missouri University, St. Louis. At 27, Dr. Rich married Julia Permelia Baker. In 1862 (Civil War) he enlisted as a Second Assistant Surgeon and was discharged as a First Assistant Surgeon. He then returned to Wenona, Marshall County, Illinois, to practice medicine. Dr. Kendall E. Rich died in Wenona in 1890, at age 66.

Dr. Rich's records of the children he delivered were transcribed by his great-granddaughter, Elizabeth Burgess Ball Grotenhuis, and appear below. (Simply click on the small page image to open to a full-size image to view detailed information.) 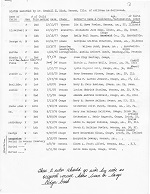 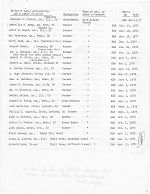 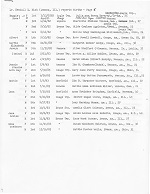 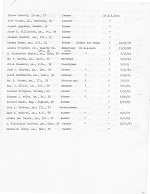